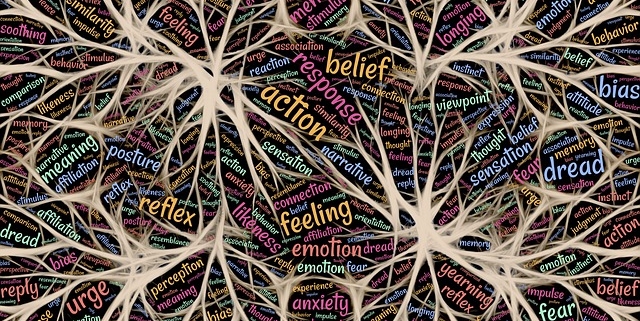 The issue of fairness and equity is always important to society but the current debate about the number of women in boardrooms goes beyond that.  Essentially, it is an issue of board performance and effectiveness in the crucial role of decision making and governance.  Why? Good decision making depends on access to good information and the multiple ways of interpreting that information. The inherent bias that causes us all to filter and prioritise the information we get means that we can overlook something important or simply not get the value we need to get from the information we have.  This human tendency is behind the principle of having companies governed by a collective – the board – instead of one person, no matter how able that person is!

These differences result from differences in blood flow, brain structures and chemistry. People at the more female end of the brain structure spectrum will take more input via their five senses and store this material for later use than those at the male structure end.  Hence the female brain is more likely to remember detail of conversations and pick up moods and unspoken information, than the male structured brain.

The female structure will use more words than the male and see more colour and fine detail than the male structure perceives. The wiring of the more female end brains also links emotional activity with thoughts and words in the top of the brain so that emotional issues are quite literally top of mind. In contrast those at the male side of the spectrum may need many hours to process emotional laden experiences.

Scientifically speaking, people at the female end of the spectrum have more white matter in their brains whereas the male end has more grey matter ( see Gurian, M. & Annis, B. (2008), Leadership and the Sexes: Using Gender Science to Create Success in Business. San Francisco: Jossey-Bass.). White matter is the connective tissue which connects brain centres in the neural network, allowing them to make connections between disparate bits of information more easily.Conversely, grey matter tends to localise brain activity into single brain centres, allowing focus on one thing at a time with greater success whilst filtering out other bits of information that are coming through the senses or just outside the sphere of focus.

Important to the role of a board, is that they must hold all of the pieces of the business; it must see how they connect and where they are going; what could undermine success; what is needed from people for performance; it must relate strategy to day to day operational needs and issues, and so on, in an increasingly complex environment.  The connective ability that comes with white matter seems to enable women to hold all of this complexity in a way which is often difficult for a lot of men and to see possible consequences and risk more readily.If we ask the question what type of thinking skills does a board need to be most effective, the answer we always get is both!

What do you think? At its simplest level it is being seen as a male/female thing and generally speaking that is ok. But remember that it is a spectrum, and both sexes can be at various positions within that spectrum, including a “bridge brain” that has components of both.  So ask some questions to test your director candidate’s thinking styles so you get a clearer picture about the board you are building.  Visit our Board Development section of the TWG website, to see what else might help you build a more effective team.

There are two issues at the core of the gender debate and boards: first the underlying issue of equality of women and our right to be treated with fairness and respect; the second is optimising the performance of boards as collective decision making bodies.

With regard to the first, it is extraordinary that in 2011 we are still having this debate but, if comments that I hear are anything to go on, it seems that we must! It is time to undertake some really deep analysis of some of the cultural assumptions about the gender in this country and expose attitudes that no longer serve us as a nation.

I regularly hear comments from both men and women, who are from outside Australia, who are struck by the strength of Australian male attitudes against women. Like all cultural conditioning, these things are hard to see from inside but I too was taken back at the vehemence of comments made during the DJs saga; and from surprising quarters. Time to get this stuff out in the open so we can name it for what it is: real resentment of women and by more men than some of us think. What causes it and how do we deal with it? I would like to see men leading the discussion for once.

The second issue, relates to the importance of having diverse perspectives at board level. The latest neuroscience says that gender preferences and thinking styles are in fact a spectrum not an either/or. It also has given us clear understanding into the differences in thinking that come from different positions along that spectrum.

On the female end there is a lot more white matter in the brain. White matter is the connective tissue that enables us to have 12 channels open at once, to pick up lots of different information from different sources: what is being said, body language, tone etc, and to multi task! It also means that the more female brain is able to join the dots between the bits and make connections, really important skills at board level and in business.

Those at the other, male end of the spectrum, have more grey matter which means that they focus on one thing at a time to the exclusion of other things going on around them. The issue at board level is that you need as much information and as many different perspectives as you can get because the whole aim of the exercise is to make the best decisions possible on behalf of the company.

It is fairly obvious that, as much as a group of like minded people is comfortable, it is unlikely to challenge thinking and thus to support the best decision making. The catch is that many people simply don’t want to be challenged in any way let alone to think about things differently. But this is at the essence of the role of the board and in a highly corporatised business and community environment we need the best boards we can get.

Both parts of the debate are really important but for different reasons. We need to be clear about them if we are going to make the changes that are essential for the debate to be resolved.